The question that was asked to Narendra for Rs. 6 lakh 40 thousand was related to a Politician which came as a surprise for viewers and most of them did not know the correct answer.

(Q) Which of the following member of 17th Lok Sabha is a Black Belt in Aikido, a Japanese Martial Art?

Narendra selected Tejaswi Surya as his answer, but the correct answer is Rahul Gandhi. Narendra thus could not win Rs. 6 lakh 40 thousand and had to go home with Rs. 3 lakh 20 thousand only. 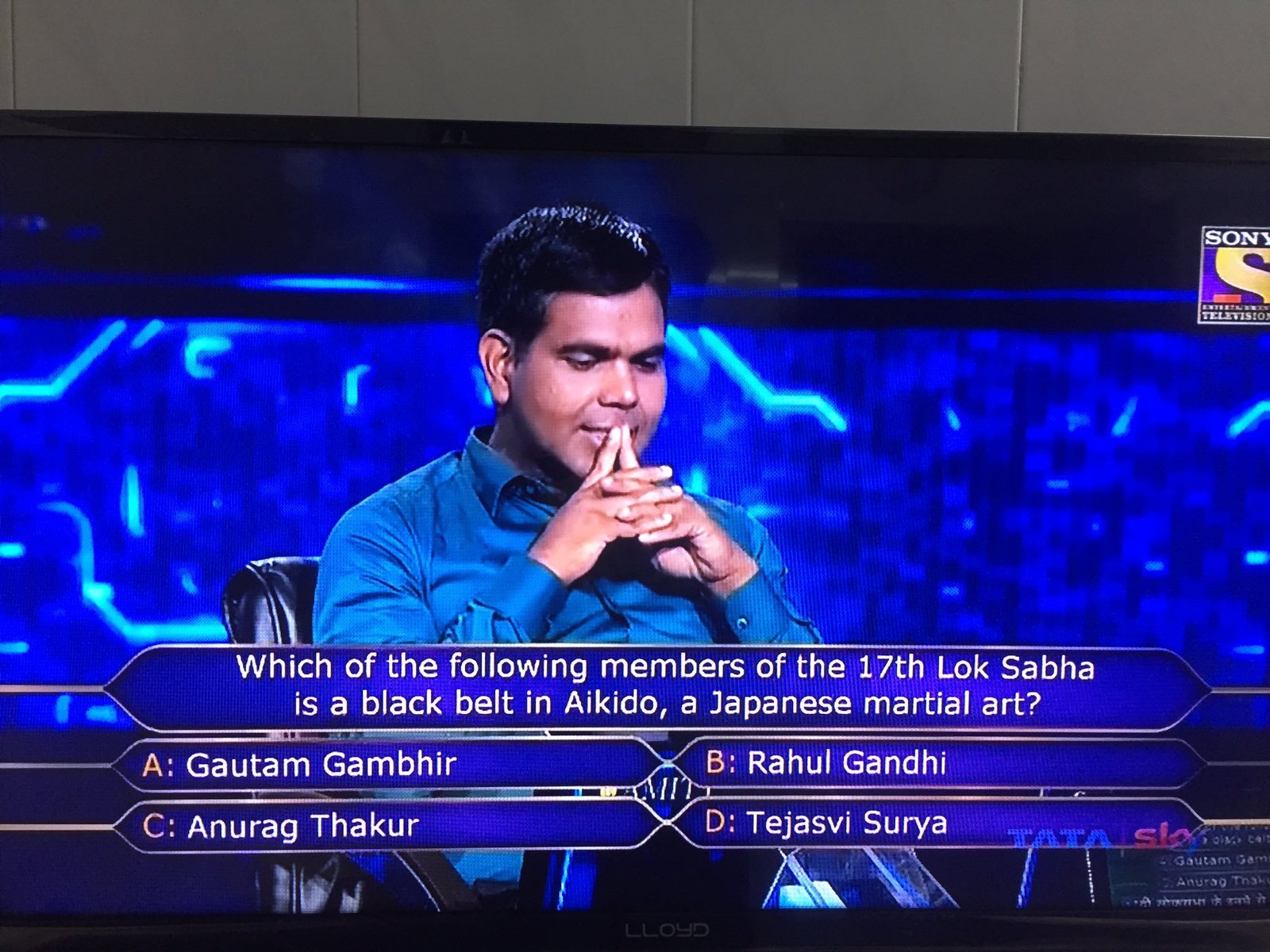 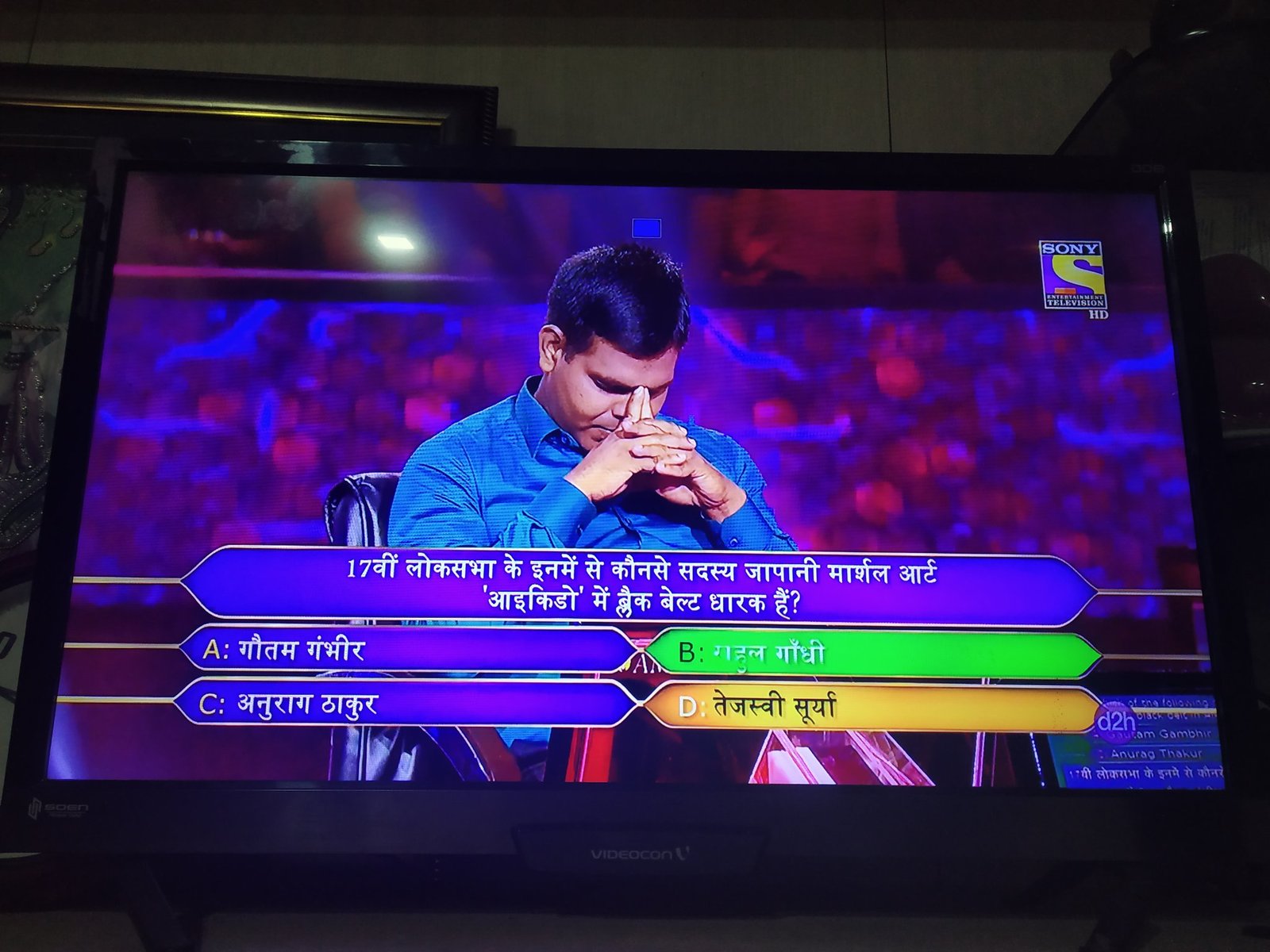 Funny part is, Tejaswi Surya posted a tweet along with Narendra Kumar’s pic, stating that “Bro. I feel so bad for you. I wish I was indeed a Black Belt in Aikido. You would have been a richer man today.” 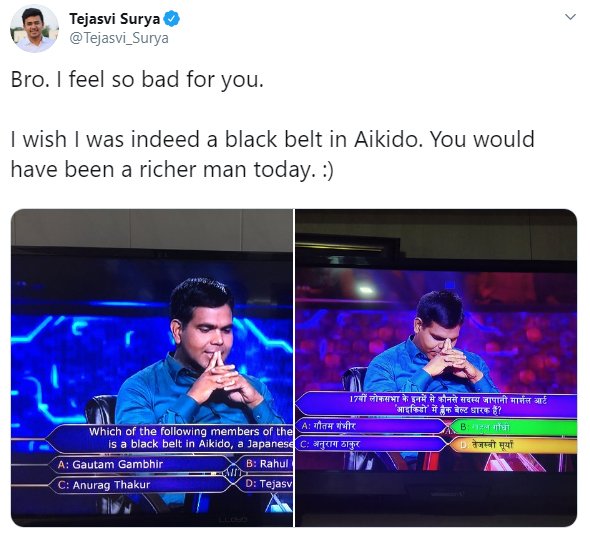 It is to be noted that Rahul Gandhi, the former President of Congress Party had once stated during a programme that he is a Black Belt in Japanese Martial Art Aikido. To validate his statement, the Congress party had also uploaded a video about it on its official Twitter handle.