What would be the first thought that would occur to us if fire breaks out somewhere?

First thing that would strike our mind would be: Bhaago! To avoid any mishap!

Secondly where can we get some water in order to extinguish the fire!

However not everyone thinks like that! Some people have a different & creative way of responding to a given situation. Similar is the case of a German man who used bottles of beer to extinguish the fire in his car!

According to the reports of The Washington Post, this incidence took place on the highway near the town of Hoesbach in Bavaria. 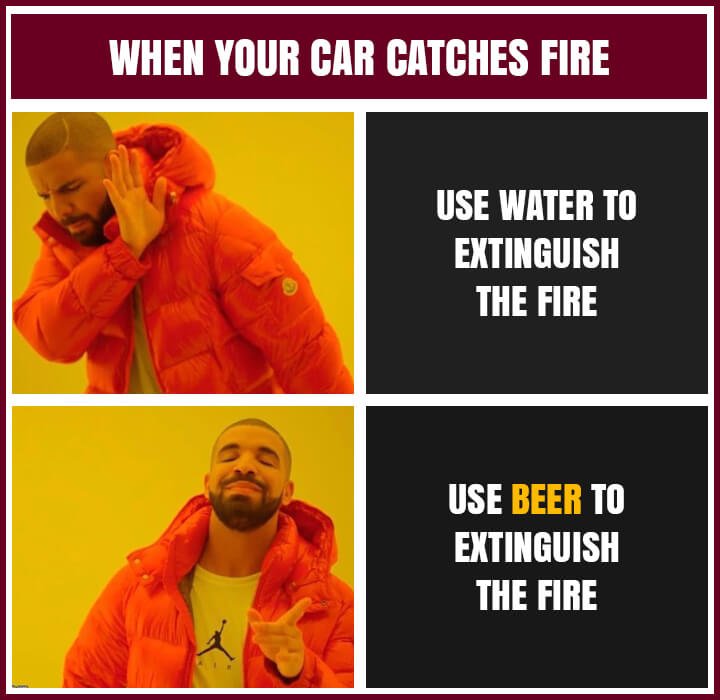 The man noticed flames under the bonnet of his car and quickly picked up a few bottles of beer from his car to extinguish the fire.

When the man opened the bonnet of his car, seeing the engine on fire, he immediately took out a bottle of beer from his car and extinguished the fire.

Well, soon the fire department’s vehicles had also arrived, but by then the beer had done its job.

Gujarat being a DRY state, we may not have stock of beer for such emergencies but yes, we would surely have lot of CHAASH! 😛