A video from Pakistan recently went viral, which is evoking hilarious reactions from social media users. It so happened that, in Lahore city of Pakistan, a bride wore tomatoes instead of jewellery on her wedding day. 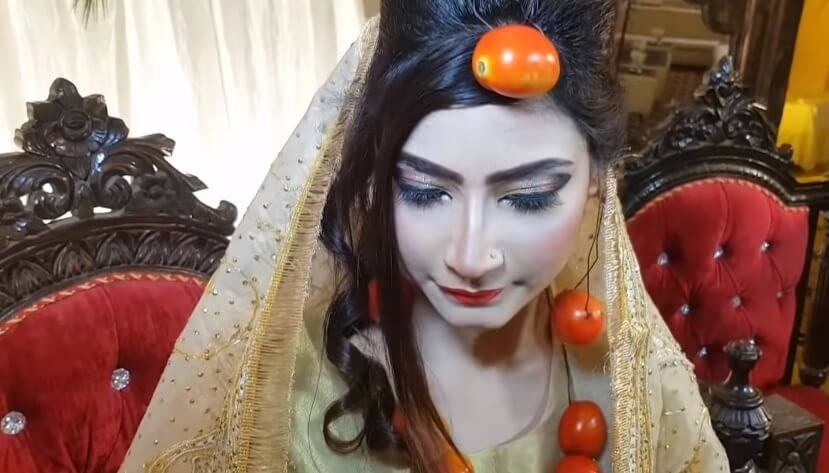 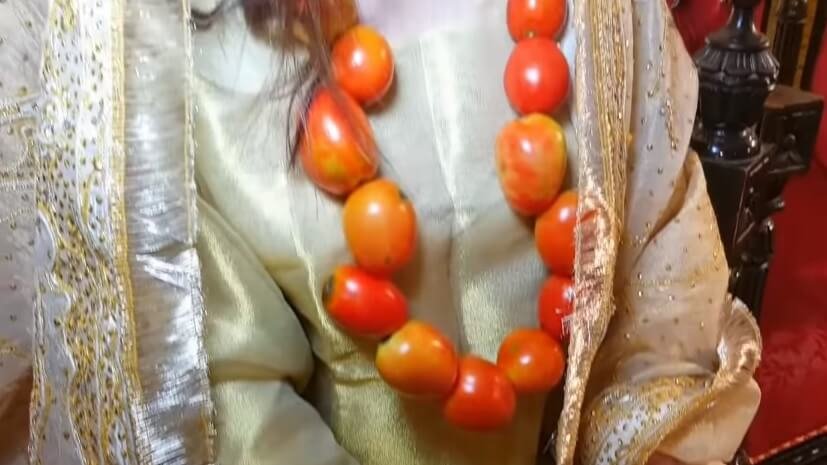 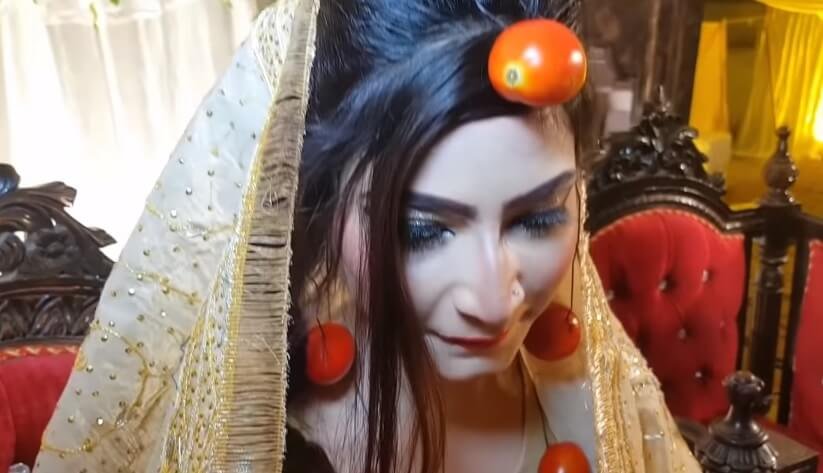 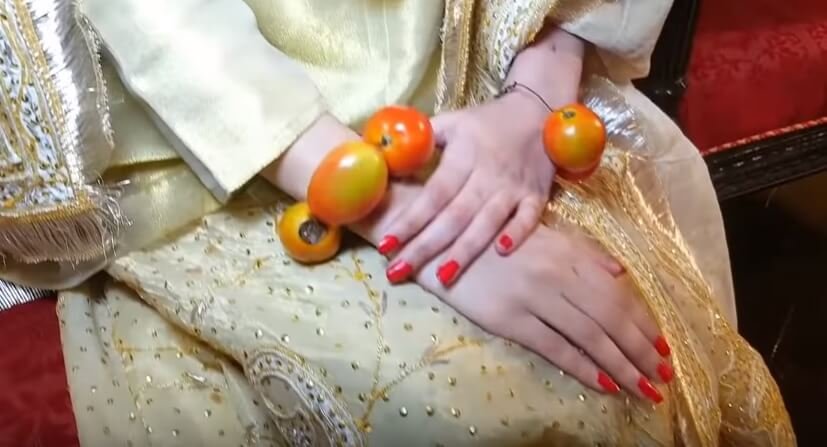 When a reporter of a news agency asked her the reason behind it, she gave a very strange explanation. The bride explained, just as Gold is very expensive, these days, tomatoes too have become very expensive. Thus she preferred to have tomatoes’ jewellery instead of Gold. 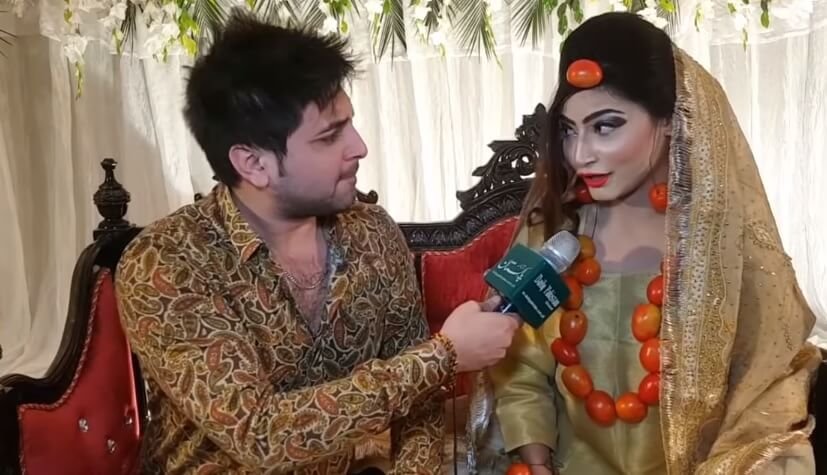 Funniest part is, when the reporter touched the tomatoes, the bride got angry and threatened him with dire consequences if he did that again, just as somebody would react if strangers touch their precious belongings. 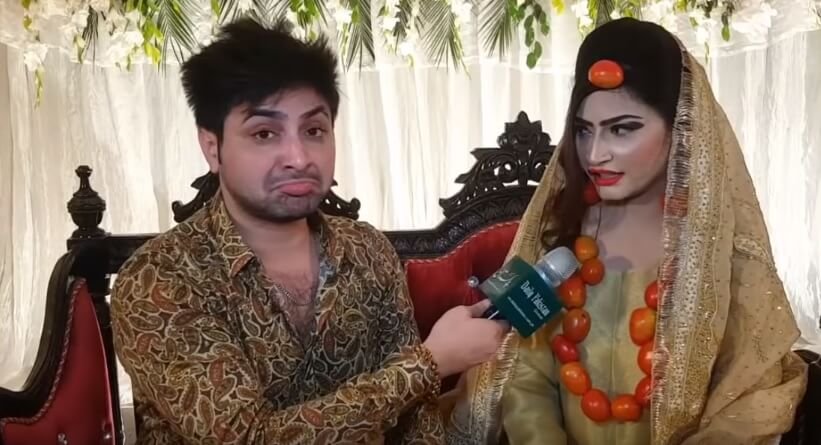 If this was not enough to make you laugh, the bride also mentioned that her parents have gifted 3 boxes of fresh juicy tomatoes to the groom as dowry.

Check out this funny video and some hilarious reactions to it:

Tomato jewellery. In case you thought you've seen everything in life.. pic.twitter.com/O9t6dds8ZO

As per news reports, tomato prices have skyrocketed in Pakistan these days as the Government has banned the import of tomatoes from Iran, India and Afghanistan. In certain provinces, price of tomatoes has touched Rs. 300/- per kg. Thus the Bride’s objective was to sarcastically mock Pakistan Government’s inability to control the price rise.